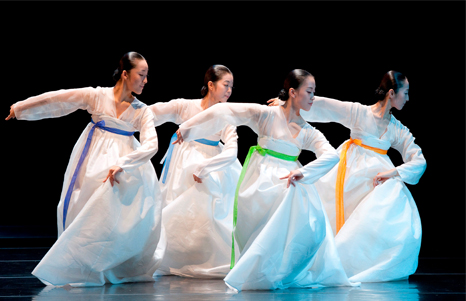 In this lecture, Dr. Sanko Lewis reveals several key characteristics that give Korean traditional dance and martial arts their particular “Korean flavor.” Through ethnographic research, Dr. Lewis identifies similar kinetic principles employed in the traditional Korean movement disciplines and discuss their cultural origins and technical functions. He also points out how attempts to appeal to a younger audience may cause a martial art to lose its traditional identity; for example, taekwondo’s inclusion of K-pop music and urban dance is eroding those characteristics that taekwondo shared with traditional Korean disciplines such as traditional dance. After this lecture, you will be able to identify the movement characteristics of Korean traditional dance and martial arts, which will enable you to recognize and have a better appreciation for the kinetic aspect of Korea’s intangible heritage. 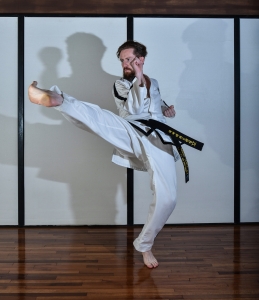 Dr. Sanko Lewis started his martial arts journey when he took up taekwondo as a teenager in South Africa. His study in taekwondo made him curios about Korea, so upon finishing his master’s degree, he relocated to Korea and has been living in Seoul for over 12 years. His interest in Korean martial arts expanded to Korean body culture, which led him to take up other Korean martial arts such taekkyeon and hapkido, as well as training in Korean dance and percussion. He has a 5th degree black belt in ITF taekwondo and a 4th degree black belt in hapkido. In 2016 he graduated with a PhD from Kyunghee University with research focus in East Asian philosophy and martial arts, and received an award of excellence for his dissertation: “Preaching Peace, Practising War: Mohism’s Resolution of the Paradoxical Ethics of War and Self-Defence in East Asian Martial Arts.” He has given several interviews and presentations for Korean media about his life in Korea and about taekwondo and martial arts philosophy. He regularly presents at academic conferences, contributes to martial arts magazines, and his blog that focusses on techno-philosophical topics in ITF taekwondo is well regarded in the ITF taekwondo community. Dr. Lewis works as professor in English Literature at Sahmyook University and as visiting professor at Chung Ang University’s Graduate School of Physical Education..